What Do You Say After You Say Goodbye?

It seems ironic in some ways that 38 years after I was adopted, following my birth mother’s death and birth father’s desertion, I am writing an article on goodbyes and perhaps even more important the process of saying Hello! My own struggle with endings and beginnings perhaps started from these early traumas and even though, as a psychotherapist, I regularly face this process of goodbyes to hellos, I never cease to be amazed at the depth of my own wounds in this particular area.

I see saying goodbye as vitally important as saying hello, whether it be to the person or an object. Indeed I know that if one of my clients has not said goodbye in a full way and let go of the attachment, saying hello to the present and future will be impossible in any complete way.

I have found this process of goodbyes to hellos, however painful or difficult it may be, to be essential for true personal growth. I was personally and rudely reminded of this with the recent and sudden death of my father from a heart attack. I was away on business at the time, so when I was eventually able to see him, it was to say my final goodbye at the chapel of rest.

Looking back at that time, saying goodbye in the half an hour I had with him was one of the most significant times of my life. As I looked at him and touched his so cold cheek and caressed his snowy white hair, I felt very much like a small boy just wanting him to pick me up and bold me in ways he had never done in either my childhood or adulthood. It was as if time had been reversed and was standing still. The strange thing was, at that moment in time I forgot the years of emotional neglect of me by him, the years of emotional abuse all I could feel was the sadness and tenor that filled me, just like an icy wind that racked through my very heart.

I knew that I had to say goodbye, even though there may be further goodbyes at a later date. I found myself struggling to say goodbye, to let go of my unmet needs, my hopes and dreams of a father I had never really known and in reality who had never really known me. Saying goodbye to him was the hardest thing I have ever done – and the most right. It was a truly emotionally cleansing process for me, like a big weight being released from my soul. As I left the chapel of rest I remember thinking to myself that even though I was finding it hard in my heart to really forgive him, I was well on the road to saying hello to the other men in my life. I was allowing in the closeness with men that, for many years in the past, I had denied myself. For me the separation was in many ways a true relief from the years of endless hopes and unmet dreams.

The bereavement process, the separating, the letting go, the saying hello to the future, has its parallels in the goodbye/hello process that therapists and clients face at the end of therapy. The attachment/separation process may be different for every client though I believe, for healthy separation, all clients will visit similar stages in the leaving process.

I believe that attachment is one of the instinctual drives, that we are biologically wired from birth to seek attachments in this world. It is an affectual bond with a relatively long and enduring tie in which the partner is important as a unique individual and is interchangeable with none other. In attachments there is a seeking of closeness that, if formed, will result in feeling secure and comfortable in relation to that partner. Indeed it is ruptures in our attachment systems that affect die way we think, feel and behave today within the world around us.

It is within the close, safe, relationship with the therapist and the client that real cure can be achieved. It is within this therapeutic relationship that clients may, for the first time, allow themselves to deal with their existential wounds, their real selves! The relationship then hopefully will become the beacon for real light and cure for the client.

The ending of such an important relationship, die letting go of this has to be honoured and respected in its own sense. The therapist must allow at least three sessions if not more for saying goodbye aiid space must be given for this process to happen.

Most therapists (and I put myself in this category) will at some time in their professional life have had trouble letting go of their clients, as the relationship in itself has been a close and trusting process, indeed a special relationship in many ways, and necessarily so, if the client is to feel safe enough and honoured enough to share their inner thoughts to who is, after all, in the beginning of therapy, a stranger to their lives. Certainly die therapist/client dyad is a unique relationship forged out of time, with shared precious moments and discoveries. Thus for hot sides these endings will be an emotional experience filled with some sadness and excitement.

In some sense it could be said that the therapist must grow up wit the client, accept their independence and autonomy and admire the changes that they have noticed in the therapeutic journey. Within the time frame of ending, the therapist should, I think, make a clear statement of the achievements of the client. It is important also to celebrate these changes with the client and look forward to the challenges ahead; encouraging them to say hello to their future and own their very destiny; to remember that as we leave things behind, we have the power and the force to move towards the aspirations and goals of our own reality.

Two days after writing the above, one of my clients in a group I ran at the Institute announced that she was going to leave therapy, stating that she had achieved her goals and had made the changes that she had wanted to make. I congratulated her on her positivety and agreed with her that I had seen her changes and although 1 felt sad concern¬ing her leaving the group, I was also very excited for her, as I could see it was the right time for her to leave therapy. We agreed when her last session would be and that in that thne frame she would say her goodbyes to me and the group in a full and complete way.

On her last session we celebrated her success and she said how much she would take the memories and experiences of the group with her in her heart. I invited her to take my love with her and if she ever needed me in any way, she was always welcome. After this we talked about her excitement at her voyage ahead and I remember thinking with pleasure that there seemed within her a sense of contentment and completeness.

Indeed looking back over the many years that I have been in practice; the many clients that have passed through my life; the voyages we have shared together – my faith has been confirmed in human beings innate desire to be whole and emotionally well and I feel privileged to have been invited into their quest for self discovery and growth. As George Weinberg says in his book ‘The Heart Of Psychotherapy’ “the task of a successful therapist is not that his clients stay forever, but that they leave with what they came to acquire.”

Bob Cooke BA PTSTA (Provisional Teaching Supervising Transactional Analyst with Clinical Speciality) is Principal Director at the Manchester institute for integrative Psychotherapy (est. 1987) where he delivers a comprehensive TA. training programme and is a practicing psychotherapist. Bob Cooke is on the Register for Accredited Psychotherapists and MLJP. is a member of the European Association for Psychotherapists 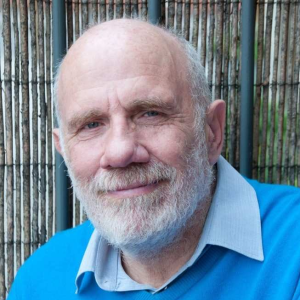